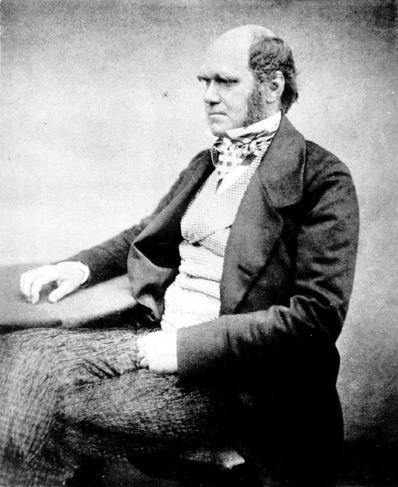 "Charles Darwin, aged 51." Scanned from Karl Pearson, The Life, Letters, and Labours of Francis Galton. Photo originally from 1859 or 1860. According to the son of Charles Darwin, Francis Darwin, this portrait is by Messrs. Maull and Fox[1]; he writes that "the date of the photograph is probably 1854; it is, however, impossible to be certain on this point, the books of Messrs. Henry Maull and John Fox having been destroyed by fire."

A photo like this one has been used in http://commons.wikimedia.org/wiki/File:CharlesDarwinHuntingSnark.jpg